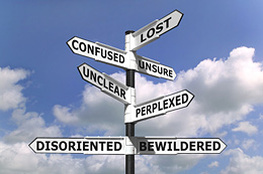 The term culture shock is used to describe the anxiety produced when a person moves to a completely new environment. The feeling of culture shock generally sets in after the first few weeks of coming to a new place. Often, the way that we lived before is not accepted as or considered as

The symptoms of cultural shock can appear at different times. Culture shock can make one develop a better understanding of oneself and stimulate personal creativity.

Culture shock has many stages. Each stage can be ongoing or appear only at certain times. In the rat stage, the new arrival may feel euphoric and be pleased by all of the new things encountered. This time is called the "honeymoon" stage, as everything encountered is new and exciting.  Afterwards, the second  stage presents itself. A person may encounter some difficult times and crises in daily life. For example, communication difficulties may occur such as not being understood. In this stage, there may be feelings of discontent, impatience, anger, sadness, and feeling incompetence. Transition between the old methods and those of the new country is a difficult process and takes time to complete. During the transition, there can be strong feelings of dissatisfaction.

The third stage is characterized by gaining some understanding of the new culture.  A new feeling of pleasure and sense of humor may be experienced. One may start to feel a certain psychological balance. The new arrival may not feel as lost and starts to have a feeling of direction. The individual is more familiar with the environment and wants to belong.

In the fourth stage, the person realizes that the new culture has good and bad things to offer. This integration is accompanied by a more solid feeling of belonging. The person starts to define himlherself and establish goals for living.

These stages are present at different times and each person has their own way of reacting in the stages of culture shock. As a consequence, some stages will be longer and more difficult than others. Many factors contribute to the duration and effects of culture shock. For example, the individual's state of mental health, type of personality, previous experiences, socio-economic conditions, familiarity with the language, family and/or social support systems, and level of education.
Powered by